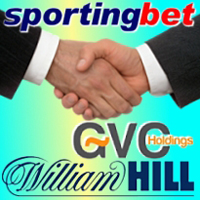 British betting giant William Hill and fellow sportsbook provider GVC Holdings have been given more time to submit a final offer for the purchase of online sports betting and gaming operator Sportingbet.

According to a report from the Reuters news service, the UK’s Takeover Panel regulatory body has given William Hill and GVC Holdings until December 4 to finalise their  bid after the pair earlier revealed that they would be unable to meet the original November 13 deadline.

The pair had their original offer for Sportingbet rejected in September but subsequently improved this figure by some 20 percent to £530 million. If completed, the plan is for the duo to purchase the entire issued and to-be-issued share capital with William Hill taking control of the Australian and “certain other locally licensed businesses” with GVC Holdings collecting the remainder.