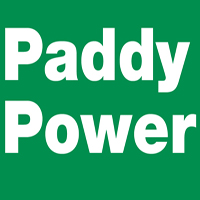 The Irish firm revealed that amounts staked via its sportsbook operations rose by 20 percent year-on-year assisted by a 28 percent boost in the sums wagered through its paddypower.com online operation.

“Our leading positions in mobile betting are positively impacting online turnover growth and sportsbook gross win percentages,” read a statement from Paddy Power. “We also continued to progress our portfolio of newer online businesses and to invest in exploring other development opportunities to contribute to longer-term growth.”

Revenues from the company’s online sportsbook excluding Australia had improved by 26 percent year-on-year while total earnings went up by 21 percent when compared with the same period in 2011.

“In October, mobile turnover as a percentage of total online sportsbook stakes was 27 percent in Australia and 45 percent in paddypower.com,” continued the official statement.